Title: Talk Hockey to Me
Series: Bears Hockey
Author: Kelly Jamieson
Release Date: May 10, 2021
Link: https://www.kellyjamieson.com/talk-hockey-to-me
They can resist their attraction…until their hearts rocket them across the blue line.
Hunter
Timing. Hockey careers are made or broken on it, and mine has taken an exceptionally broken road. I’m not a star. I’m a grinder, I work hard, and I’m finally at the point I can put the past behind me and get the fat, long-term contract I deserve. But my agent—the man who stuck by me through every crash and burn—has had a heart attack. I need another agent now, or my one chance for the good money will slip through my fingers. Kate’s a rookie, but she loves the game like I do, so I pick up the phone. And I wonder if she remembers that one night in Cancun as vividly as I do.
Kate
Hockey. All my life I’ve lived it, breathed it, played it. Now it’s my business. As an agent, I’m tied to my phone at all hours, but nothing prepared me to hear Hunter’s voice. The last time I saw him—three years ago—there was a lot of bare skin and horny hormones involved. I’ve handled it all in my short career—sexism, harassment, being broke, being laughed at. Resisting the attraction between us should be easy. Until it isn’t. And Hunter’s past shakes his confidence hard enough that he could make the worst decision at the worst possible time…

Title: Holiday for the Alpha
Series: A Badari Warriors Novella
Author: Veronica Scott
Release Date: May 10, 2021
Link: https://veronicascott.wpcomstaging.com/2021/05/12/new-releases-in-scifi-fantasy-and-paranormal-romance-for-wednesday-may-12/
Daegan, the Alpha of the South Seas pack, is under a lot of stress and a near disaster in the sanctuary valley pushes him to a breaking point. Flo, his ex-mercenary human mate, knows he needs rest and relaxation but what kind of a holiday can a Badari Warrior take? She thinks she’s found a solution extreme enough to satisfy even her intense mate if she can just get him to agree to step away from his duties for a few days. Will Daegan agree to the idea?

Title: Scandal at the Salty Dog
Series: Secrets and Scrabble #4
Author: Josh Lanyon
Release Date: May 22, 2021
Link: http://joshlanyon.com/books/murder-at-pirates-cove/secret-at-skull-house/mystery-at-the-masquerade/scandal-at-the-salty-dog/
Who or what is haunting elderly recluse Juliet Blackwell, what does it have to do with mysterious goings-on at the Salty Dog Pub–and why is any of it mystery bookshop owner Ellery Page’s problem? According to sometimes boyfriend Police Chief Jack Carson, it’s not Ellery’s problem, and Ellery should stop asking awkward questions before it’s too late.
Ellery couldn’t agree more, but it’s hard to say no when someone is as frightened as old Mrs. Blackwell. Mrs. Blackwell insists the ghost of long dead pirate Rufus Blackwell has come to avenge himself on the last member of his treacherous clan.
Before Ellery can say, “Yikes!” Mrs. Blackwell takes a tumble down the grand staircase of her spooky mansion, and it’s up to Ellery to find who is trying to kill his eccentric customer.

Title: To Find a Princess
Series: Runaway Royals
Author: Alyssa Cole
Release Date: May 25, 2021
Link: https://www.harpercollins.com/products/how-to-find-a-princess-alyssa-cole?variant=32291828957218
Makeda Hicks has lost her job and her girlfriend in one fell swoop. The last thing she’s in the mood for is to rehash the story of her grandmother’s infamous summer fling with a runaway prince from Ibarania, or the investigator from the World Federation of Monarchies tasked with searching for Ibarania’s missing heir.
Yet when Beznaria Chetchevaliere crashes into her life, the sleek and sexy investigator exudes exactly the kind of chaos that organized and efficient Makeda finds irresistible, even if Bez is determined to drag her into a world of royal duty Makeda wants nothing to do with.
When a threat to her grandmother’s livelihood pushes Makeda to agree to return to Ibarania, Bez takes her on a transatlantic adventure with a crew of lovable weirdos, a fake marriage, and one-bed hijinks on the high seas. When they finally make it to Ibarania, they realize there’s more at stake than just cash and crown, and Makeda must learn what it means to fight for what she desires and not what she feels bound to by duty.

Title: The Promised Queen
Series: Forgotten Empires # 3
Author: Jeffe Kennedy
Release Date: May 25, 2021
Link: https://jeffekennedy.com/the-promised-queen
Claim the hand that wears the ring, and the empire falls.
Conrí, former Crown Prince of Oriel, claimed the hand that wears the Abiding Ring, but the prophecy remains unfulfilled. Queen Euthalia of Calanthe returned to her island kingdom, but broken in mind and body. With the blood of war unleashing ancient terrors, Calanthe isn’t the haven it once was. Lia must use her magical bond with Calanthe to save their people while Con fights to hold off the vengeful Emperor Anure and his wizards. Con and Lia will have to trust in each other—and in love—to fend off ultimate disaster.
In The Promised Queen, the thrilling finale to the Forgotten Empires trilogy, the fate of the world hangs in the balance as Con, Lia, and their allies sacrifice everything in a final bid to destroy the corrupt empire.
Posted by OneHotLittleMonth at 5:32 PM 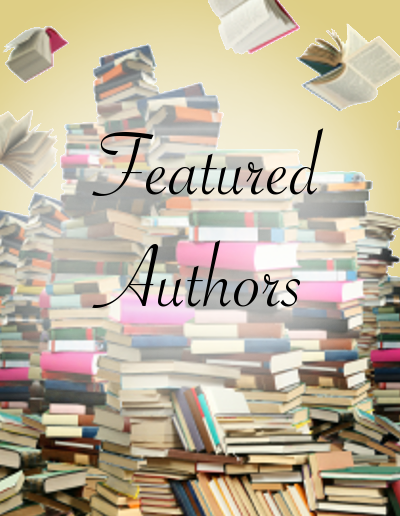